20 Years Later: A Tornado Destroyed La Plata and Its People Brought It Back Together 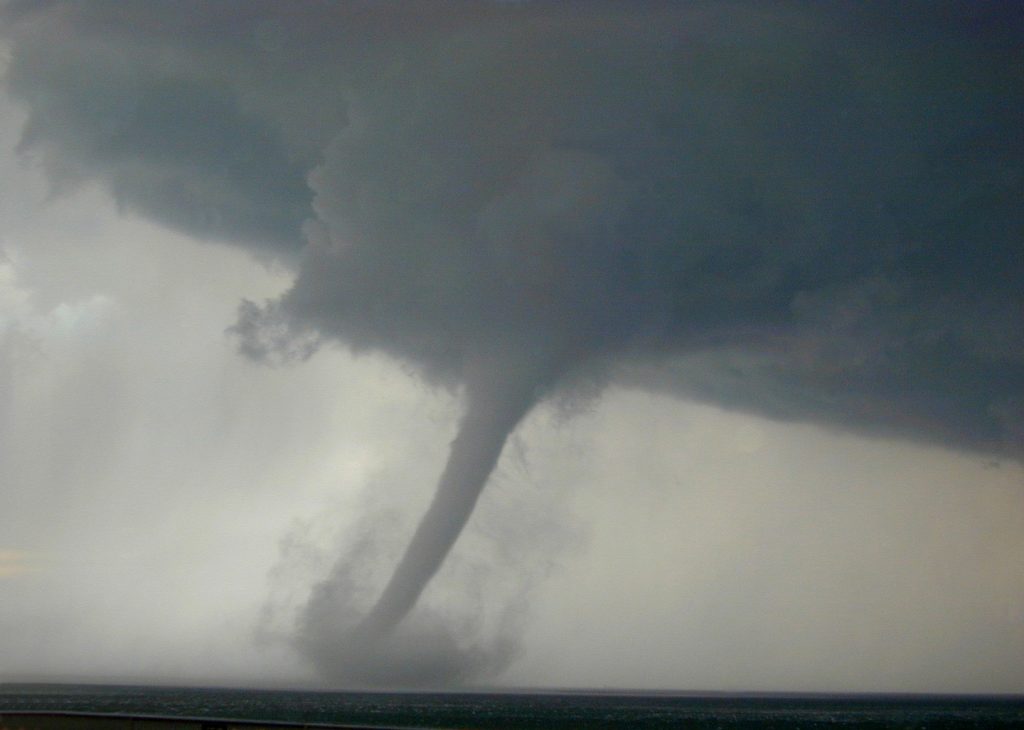 Larry Sanders and his wife, Sherrie, were driving south with friends in the early evening of April 28, 2002.

The destination was Fredericksburg, for a surprise 50th birthday party for another friend. The night would be full of surprises, but there would be no party.

“That’s a terrible-looking thunderstorm,” the driver said, glancing in the rearview.

Then shortly after crossing into Virginia, they got a phone call urging them to turn around and come back to La Plata.

It was more than a thunderstorm. A tornado had cut a wide swath through the heart of town, leaving pieces of homes and businesses and lives scattered in its wake.

They didn’t know it yet, but the cyclone had killed three people, injured 122 and dealt more than $120 million in property damage.

One of the homes destroyed belonged to the woman whose 50th birthday they hoped to celebrate.

Instead of a party, the group made a plan, gathered trucks and chainsaws, and then spent the rest of the night cutting fallen trees, clearing a path to access the home and see what could be salvaged.

Around 1am, they returned to Larry Sanders’ home for a quick meal, followed by a few brief hours of restless sleep.

The morning would bring a new set of challenges.

The Storm Put Our Insurance Agency to the Test

“The F4 tornado destroyed our house … with the three of us huddled behind our stove and refrigerator door. We survived with the most important thing of all — our health.

After the initial shock of such a devastating loss, our thoughts turned to whether we had selected the right agent and whether our insurance company covered us and how to proceed. We walked into the Sanders Insurance Agency the morning after the tornado. The power was out everywhere and power lines were down. The other insurance agents in town were not available or open for business, but the Sanders Agency was open. …

The most valuable resource we received that morning was good advice. We were told to line up a contractor, a rental car and a rental house that morning. THANK GOODNESS! If we had not received that advice that morning, we may have ended up like many of our neighbors, who are still not back in their houses.”

What’s it like to own a local insurance agency when a once-in-a-lifetime storm all but flattens the town?

“It put us to the test, I’ll tell you that,” said Larry Sanders, the third-generation leader of E.L. Sanders Insurance Agency. “People who were severely affected were in shock or disbelief. When you’ve had your home or business destroyed, it’s a jolt to the system.” 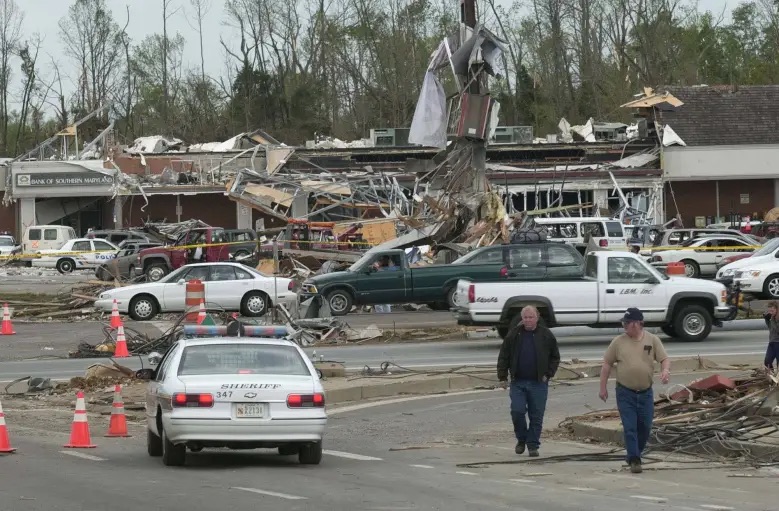 The agency’s office had been damaged, but it was mild compared to others. With generators powering the computers and the phone system back up, the team got to work. And they had plenty of work to do.

800 insurance claims in one day.

Because the agency insured individuals and businesses and even the Town of La Plata itself, they experienced the full range of the storm’s fallout. The claims included everything from minor hail damage to total loss, from businesses inconvenienced to businesses wondering if they’d ever open again.

Some clients came directly to the office. In other cases, the Sanders team was proactive and went out to visit customers whom they knew, or suspected, had been hit by the storm.

“Our agents started walking around and seeing the business owners, giving them encouragement,” Larry said. “They all asked about their coverage.” 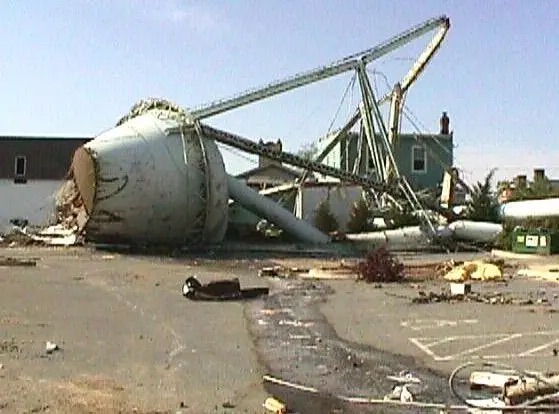 What he remembers most is that, even surrounded by complete devastation, so many people remained patient and understanding.

Many customers knew that others had been more severely affected, so they waited while the worst cases were addressed first. Throughout the area, neighbors helped neighbors and businesses helped other businesses — to clean up, to regroup, to move forward.

“The perspective is very different after an event like that, and most people were very appreciative,” Larry said. “No one wanted to go through this. No one ever does. The fact is that it does occur and will continue to occur.”

An Opportunity to Count Our Blessings

“Your immediate attention to our locations certainly helped to lessen our anxiety. …

I hope we never have to experience such a devastating act of God ever again. It is so comforting to know that our friendly neighborhood insurance agency can provide professional, timely and quality service every day and especially at times when we are tested beyond the norm.”
— Letter from E.L. Sanders Insurance Agency Business Customer, 2002 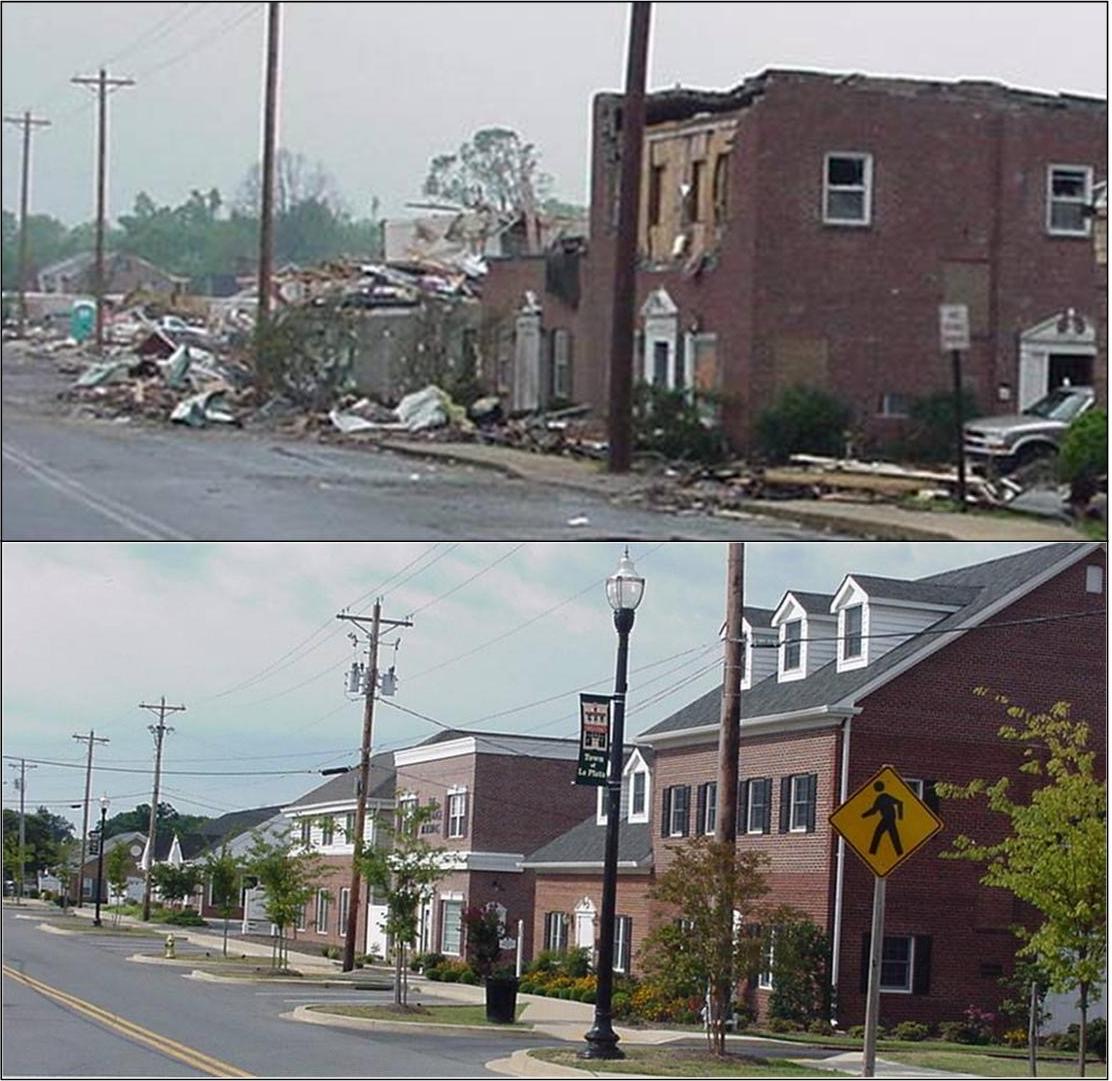 The storm hit around 7pm on a Sunday evening.

The timing was a gift. Many folks were home and able to find shelter.

Had it arrived at noon on a weekday, the stores and businesses would have been crowded. The classrooms at Archbishop Neale School — which was leveled — would have been filled with children and their teachers.

It would have been a tragedy on a much higher level.

So even as they worked long hours to handle all the claims and to advise and comfort those who had been affected, the Sanders team felt fortunate that it hadn’t been worse. They were encouraged to see so many people helping each other through challenging times.

They knew the work they were doing was important because it became clear that no one can serve local customers better than a local agency. 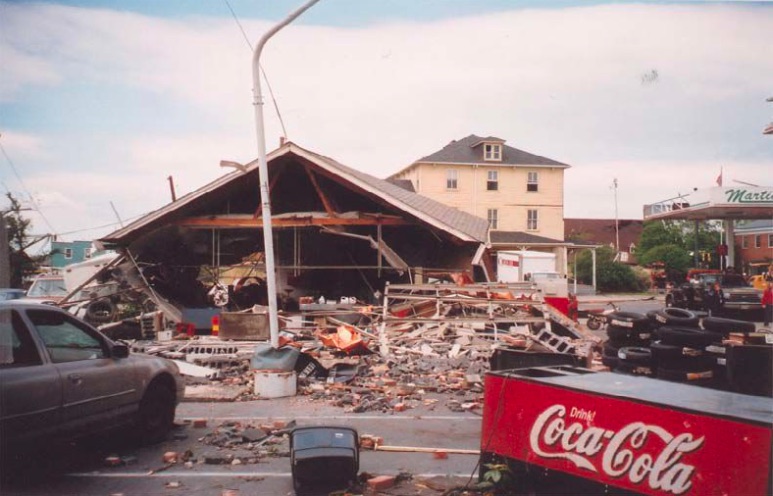 “If you had a local insurance agent, whether it’s me or any of the others, most customers were handled better than those who had called a 1-800 number for insurance and didn’t have a local agent,” Larry said. “We’ve received a lot of ‘thank you’s’ over the years. Insurance is an easy topic to bash. We all think it’s too expensive. Why do I need this coverage, that coverage? A lot of people saw why when you have an event like that.”