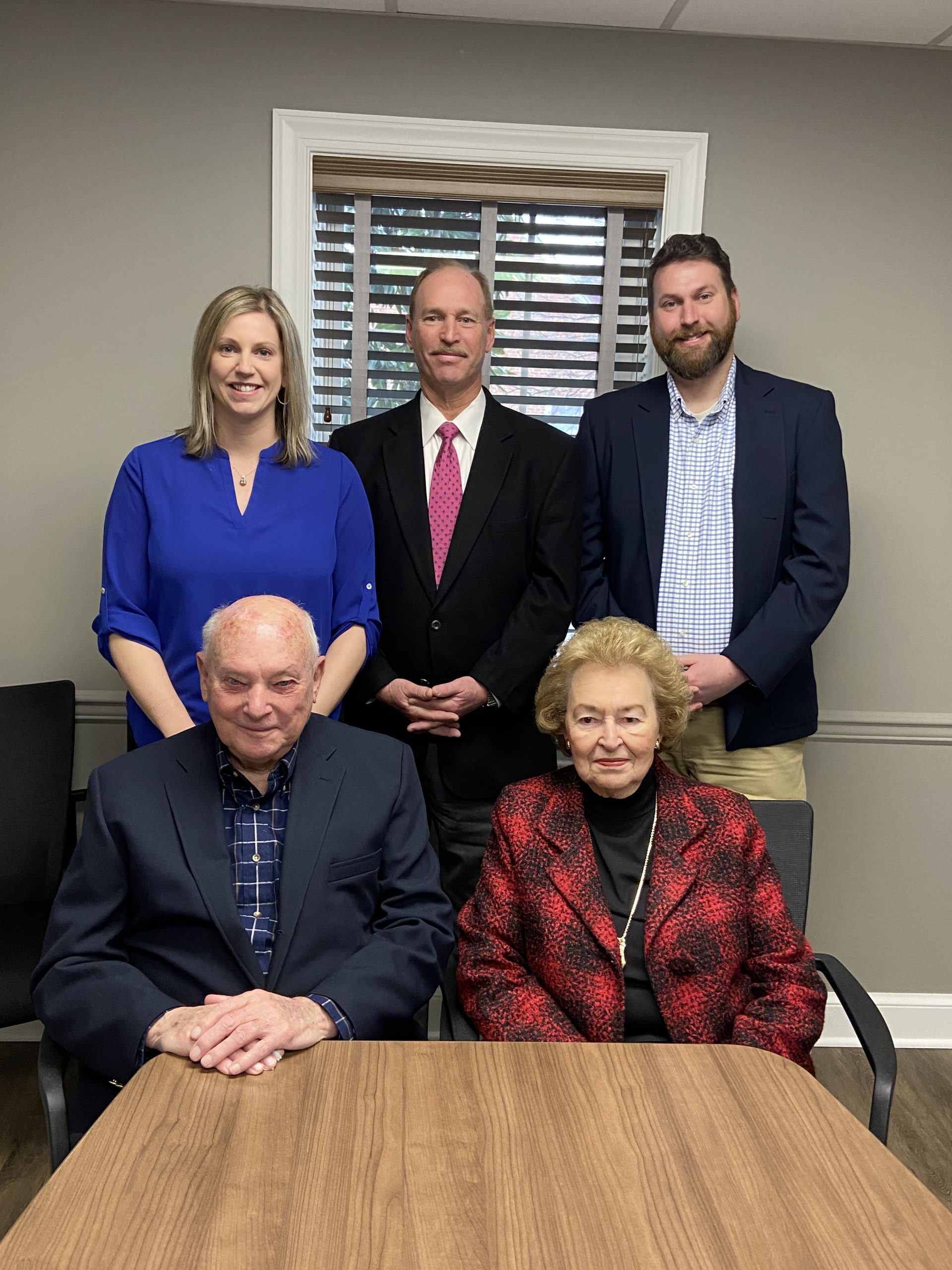 Ed Sanders Jr and his wife, Louise, along with their son E. Larry Sanders III and his children Sara Sanders Payne and Michael Sanders.

It’s not often these days that a new business lasts five years, let alone 10 or 20 years.

So how remarkable is it that Edward L. Sanders Insurance Agency is fast approaching 120 years as a family-owned business spent entirely on Washington Avenue in La Plata?

More than a century of success can be attributed in large part to a consistent philosophy. Our agency is committed to serving Southern Maryland and the surrounding areas. We pride ourselves on personal service and providing the most choice and the greatest value for both businesses and individuals.

It began with the dream of Ed Sanders Sr., who founded the agency at 1 Washington Avenue in 1903. He focused on health and life insurance initially, later adding fire insurance before shifting to primarily property and casualty coverage.

As the years passed, Ed Sanders Jr. assumed control of the agency in the 1950s, and his wife, Louise, joined the leadership team in the mid 1970s. Shortly after, their son E. Larry Sanders III joined the agency, gaining experience for two decades before taking the helm himself in 1997.

Larry Sanders continues to lead us today, and along the way he has welcomed a fourth generation to the team. His daughter, Sara Sanders Payne, came on board in 2004 and now holds the titles of corporate treasurer and office manager. Her brother, Michael Sanders, joined in 2014 as a personal and commercial producer.

And while the Sanders family has led the agency since 1903, we have been strengthened immensely by hiring talented, dedicated insurance professionals who make the agency what it is today. The core of our team includes men and women who have been with Edward L. Sanders Insurance Agency for many years, building relationships and giving our clients a level of service they can’t find anywhere else.

Today, Edward L. Sanders Insurance Agency can be found at 10 Washington Avenue, where it relocated in 1981, just a block away from its original office. We’ve also opened a second office on West Dares Beach Road in Prince Frederick.

So much has changed since our founding in 1903, but one thing hasn’t. Our clients know that they can count on Edward L. Sanders Insurance Agency for all their insurance needs. They know they’ll get excellent insurance, and they know we’ll take great care of them every time.