When Edward L. Sanders opened his new insurance agency in 1903, setting up shop at 1 Washington Avenue in La Plata, he could not have imagined that more than a century later, his dream would be carried on by generations of his family.

We know he’d be smiling today.

Now run by the third and fourth generations, E.L. Sanders Insurance Agency is still on Washington Avenue, just across the street from where it all began. We’ve also added a second office in Prince Frederick. Of course, our policy offerings and carrier partnerships have expanded greatly since those early days.

Our agency remains a thriving local business, dedicated to connecting our clients to the right insurance policies for your unique needs. 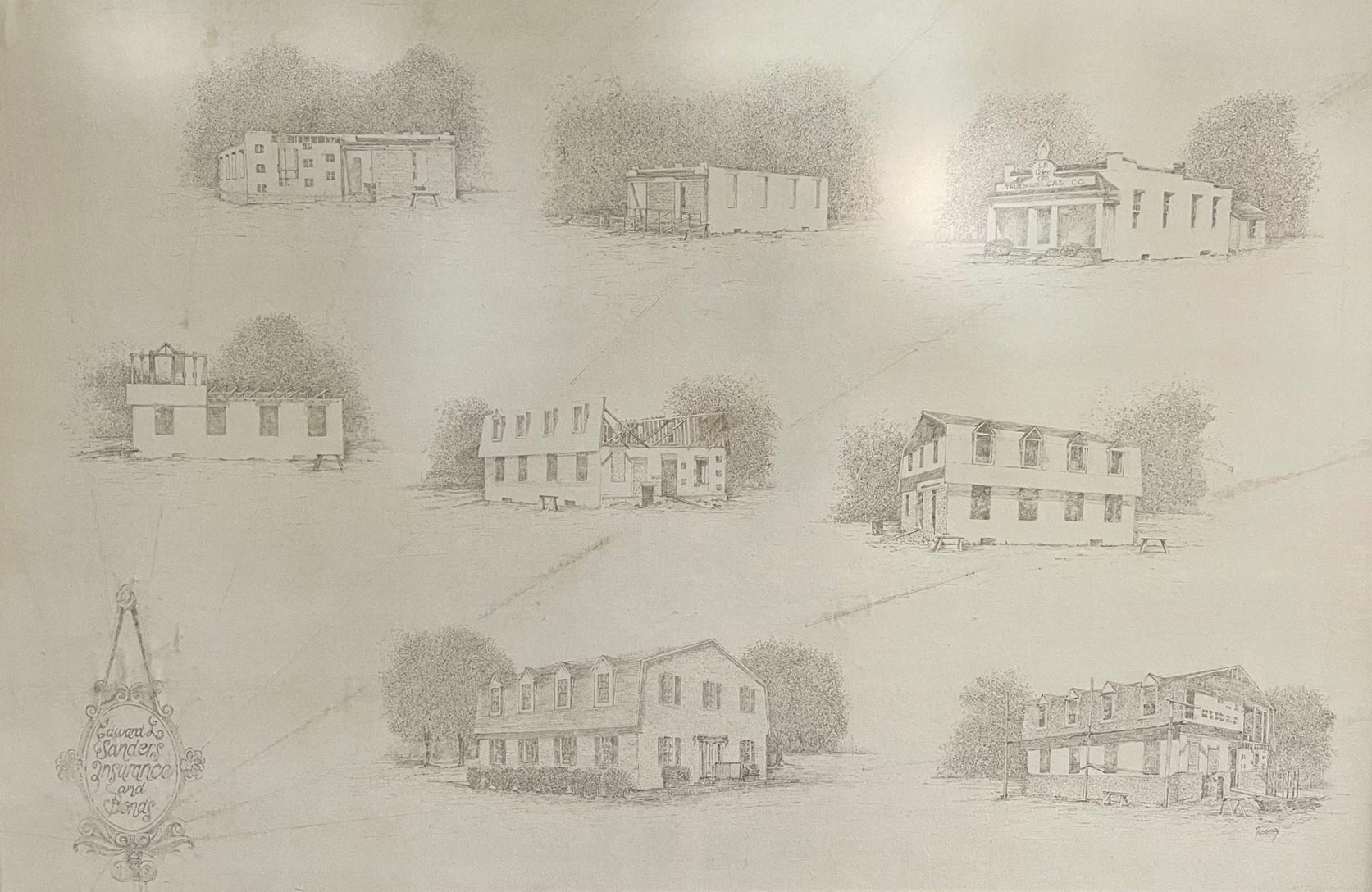 Our Family Looking Out for Your Family (or Business) 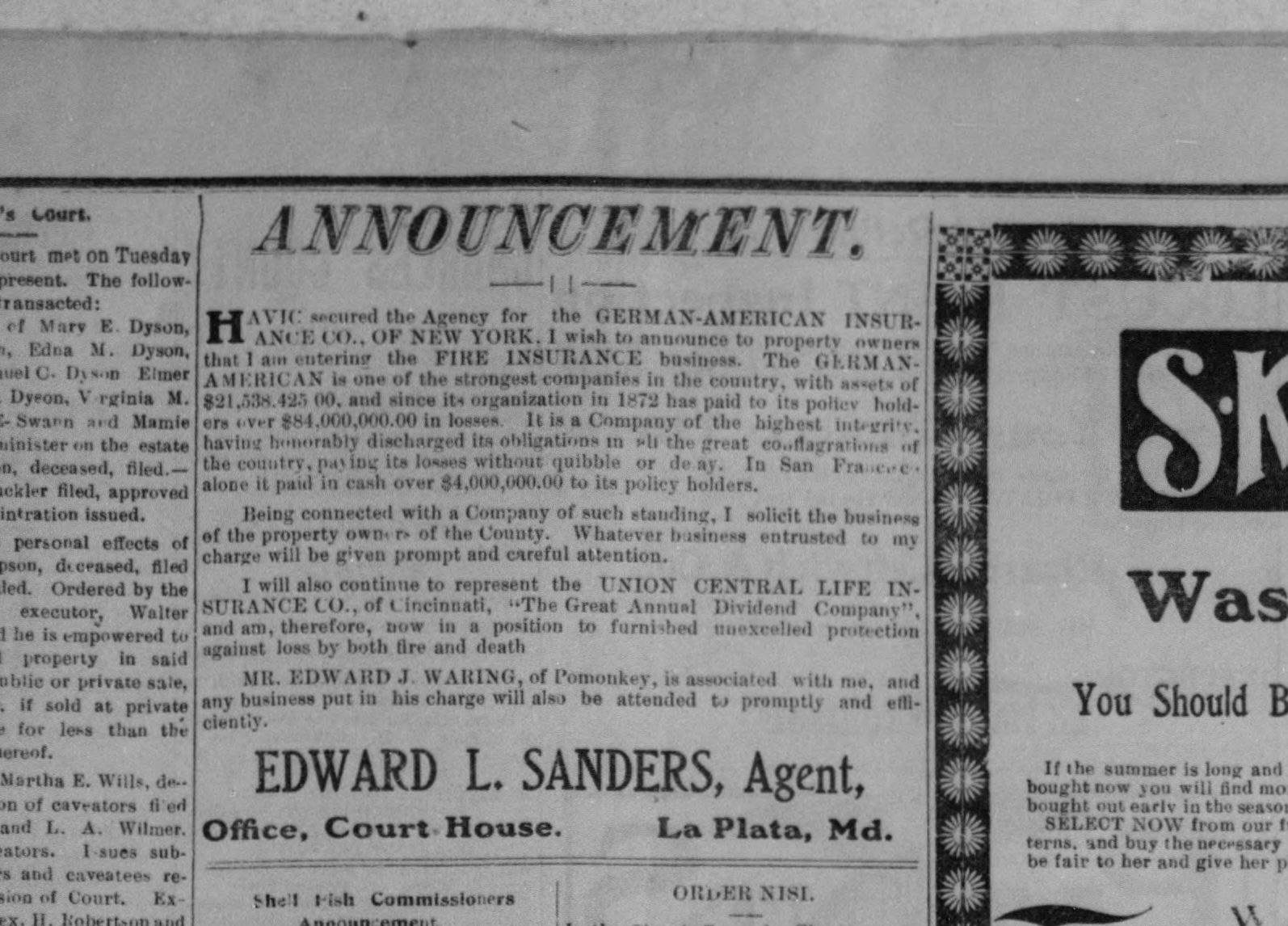 Maryland Independent, 1913:
Ed Sanders Sr. announcing that he would begin offering Fire Insurance, which has expanded and is now known as what is now called Property and Casualty Insurance.

In those early years, Ed Sanders Sr. launched his agency focused on providing life insurance. In 1913, he took out an ad in the local paper, announcing the expansion of coverage to include fire protection. This represented the first step into an area of insurance that later became known as property and casualty coverage.

This remains the heart of our offerings today, although we’ve expanded with the times and offer an extraordinary range of policy options.

By 1949, Edward L. Sanders Jr. had joined the agency and by the 1950s he had began leading the operation. His wife, Louise, joined our leadership team in 1976. Though officially retired, both remain interested and involved. Louise is still a regular around the office.

Edward L. Sanders III — better known as Larry — joined the agency in 1978 and took the reins in 1997. He’s still at the helm today, joined by his daughter, Chief Financial Officer & Agent Sara S. Payne, and his son, Michael L. Sanders.

“The business is still family-owned and operated,” Larry said. “Our focus continues to be on maintaining a local agency that serves our community.”

A Dedicated Team with Experience and Ambition 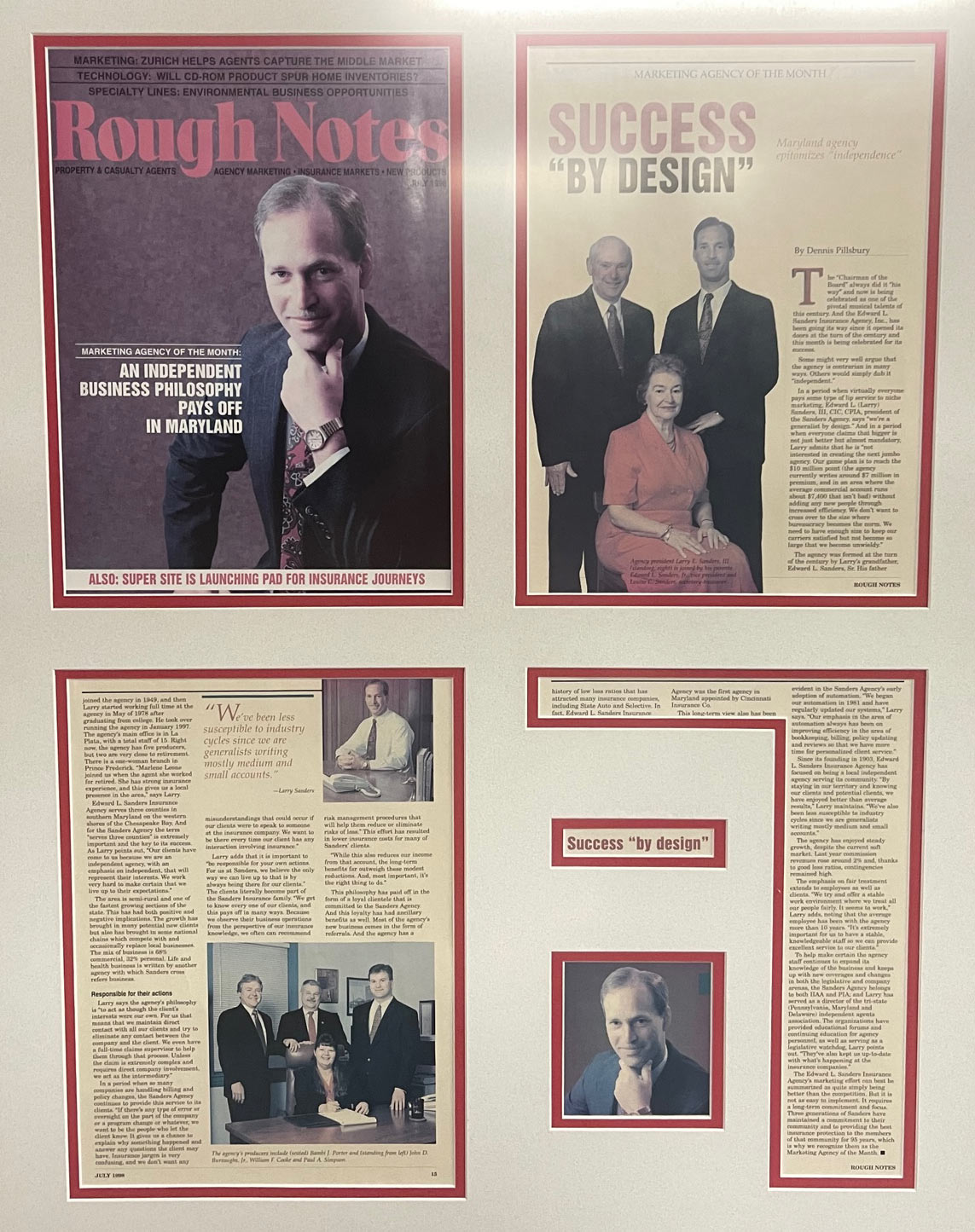 As grateful as we are to remain a family-owned business, we are equally as thankful to have been blessed with extraordinary people to round out our team over the years.

A glance through our office shows eight team members who have been with us for more than two decades, including Bonnie Langley, Cathy Grigsby, Marlene Leone, Paul Simpson, Dean Lynn Gilroy, Regina Estevez and Bambi Porter.

“We’re incredibly proud that we have so many people who have been with us so long. By now, they’re all family, too,” Sara said. “It’s a testament to the way we’ve remained committed to being a local agency, taking care of our team and our customers with the idea that we treat everyone the way we want to be treated.”

Of course, we also have a talented and dedicated group of newer team members who keep our offices filled with energy, ideas and enthusiasm. It’s a perfect blend that leads to incredible service for our clients

What will the next chapter bring for E.L. Sanders Insurance Agency?

More of the same, if we have anything to say about it.

We’ve weathered more than a century of changes and evolutions in our industry. In some cases, we’ve learned, adapted and grown. In others, we’ve stood firm by what we believe is right for us and our customers.

“During a time when large national agencies are buying local agencies, we are excited about the future and the agency’s sustainability,” Sara said. “We’re prepared to face the future and continue helping local businesses, families and individuals for generations to come.” 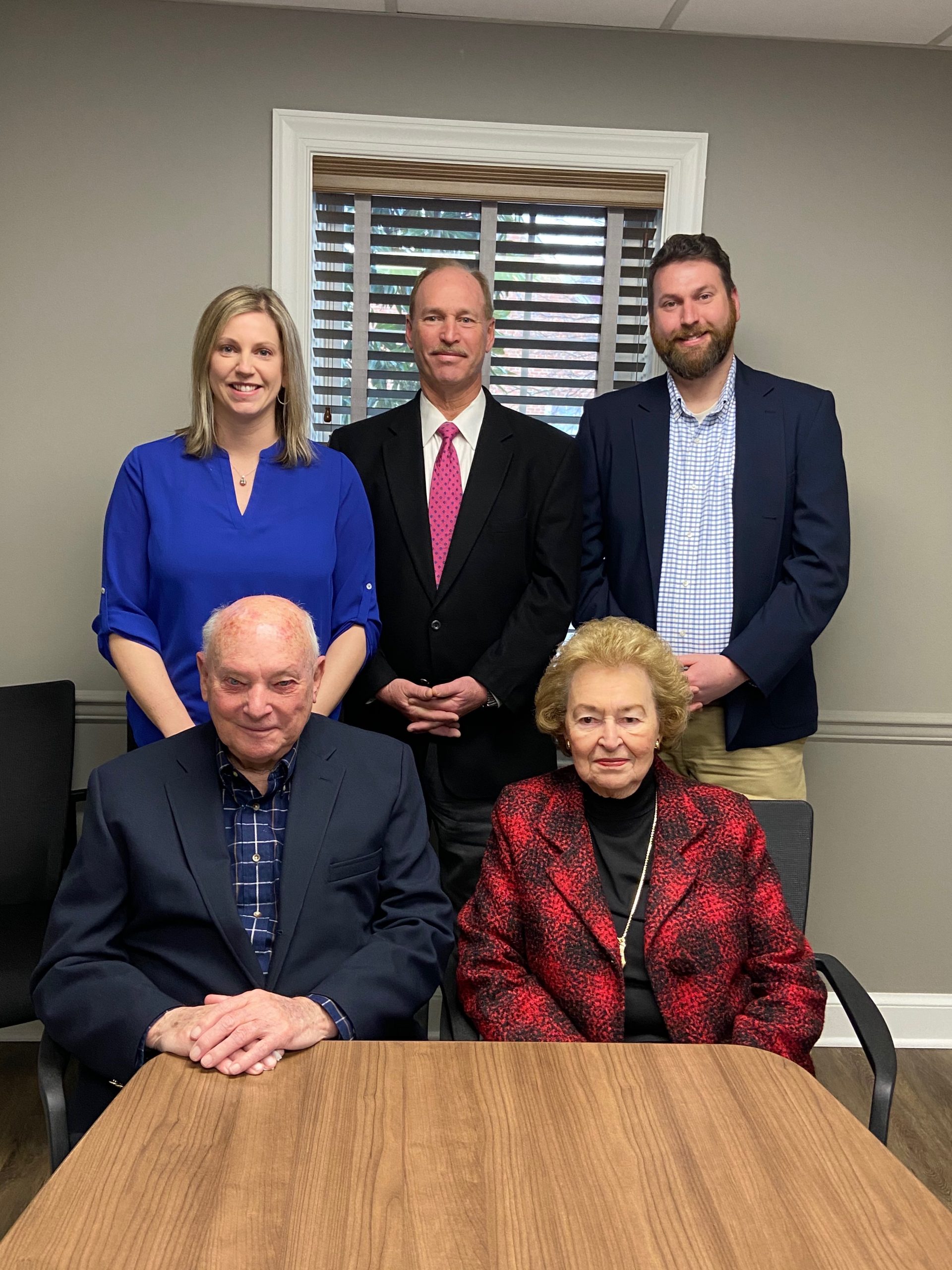